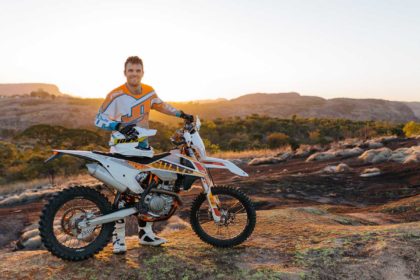 I had the privilege of being featured in The Standard recently:

“SIX years ago, Zimbabwean off-road motorcycle rider Graeme Sharp had his first experience in the Dakar Rally, the most gruelling and dangerous sport event in the world, albeit in a supporting role. Now the 32-year-old wants to make history by becoming the first Zimbabwean rider to compete at the globally acclaimed off-road endurance event next year and is already two years into preparations for the 42nd edition of the most gruelling rally event in the world.

Two-time African Rally champion and former World Rally Championship participant Conrad Rautenbach was the first Zimbabwean to participate in the Dakar Rally after featuring in the cars category of the endurance race in 2017.Rautenbach was impressive on his debut, winning the Rookie of the Year award after finishing a respectable 9th in a gruelling challenge that ran through Paraguay, Argentina and Bolivia.

Sharp would, however, become the first off-road motorcycle rider to lift the country’s flag at the Dakar Rally should he realise his goal of competing in next year’s event. “I had the opportunity to travel to the 2013 Dakar Rally in a supportive role, which was an awesome experience and gave me a huge sense of appreciation for the magnitude, challenge and adventure that is Dakar,” Sharp told The Sports Hub.

“Following a crazy two weeks immersed in the adventure associated with Dakar, I knew it was for me and I would be back — on a bike one day. It all became a reality in 2017 when I decided to commit to 2020,” added an enthusiastic Sharp.

Sharp got into rally racing almost seven years ago when he was living the in the United States and has not looked back since. He has participated in a few enduro-style motorcycle desert races like the Baja and Sonora Rally in that country. Born and raised in Zimbabwe, Sharp left the country after finishing his Advanced Level at Falcon College in Esigodini and has been to the United Kingdom, New Zealand and the US. But for him falling in love with a bike has everything to do with his upbringing.

“Growing up in remote corners of the country meant bikes became an early part of my childhood, but the opportunities to participate in the sport competitively were very limited. Moving to Kariba as a teenager, the Zambezi Valley became a huge backyard to explore and a bike the perfect means to do,” he said.

But Sharp is more excited at the prospect of flying the country’s flag at the biggest rally stage in the world, being the first in the bike category.
“Zimbabwe has a long and strong history in motorsport and several Zimbabweans have gone on to do amazing things in the motocross, rally (cars) and enduro disciplines. Rautenbach flew the first Zimbabwean flag at Dakar in the car category — and did very well, but to the best of my knowledge no one has entered or finished the bike category. It’s an exciting opportunity and to put Zimbabwe on the map would be awesome,” he said.

Considering the testing nature of the event itself, Sharp knows that he has to put in a shift, hence the three-year training plan. He has put up a three-member team made up of experts who include former Zimbabwe rugby international Grant Mitchell (strength and conditioning), Kirsty Baxter (nutrition) and Margie Gibson (physio) to make sure he is ready in time for Dakar 2020.

On the riding side, Sharp has been focusing on building up his international rally racing navigation experience over the last two to three years. He is set to compete at the Sonora Rally (Mexico) and Merzouga Rally in Morocco in March and April this year, the latter being the official and final Dakar qualifier.

The former Falcon College student also spoke about his goals. “Ultimately, my goal is to finish the race and carry the Zimbabwean flag onto the podium. I will give every one of the 10 000 + km my best shot. I certainly don’t want to be the last Zimbabwean to do the Dakar either, so we will have to find a way to ensure we send more Zimbabwean participants in the future,” he said.

Sharp has had the privilege to get support for his expensive and yet tough Dakar rally expedition.

“The financial commitment to Dakar is huge and I have been fortunate to have a handful of partners and supporters come on board in various capacities despite the local economic environment,” he said.

“From friends, family and businesses, the support and enthusiasm in the project has been awesome. I am extremely grateful and I am looking forward to building further relationships and synergies as the project develops after qualifying,” Sharp said.

What you can read next 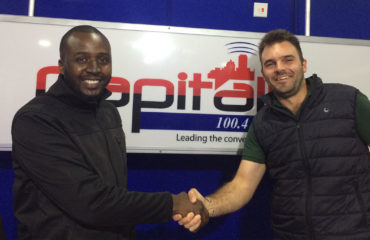 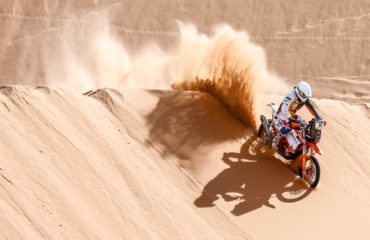 Get regular updates on #mydakarsafari.