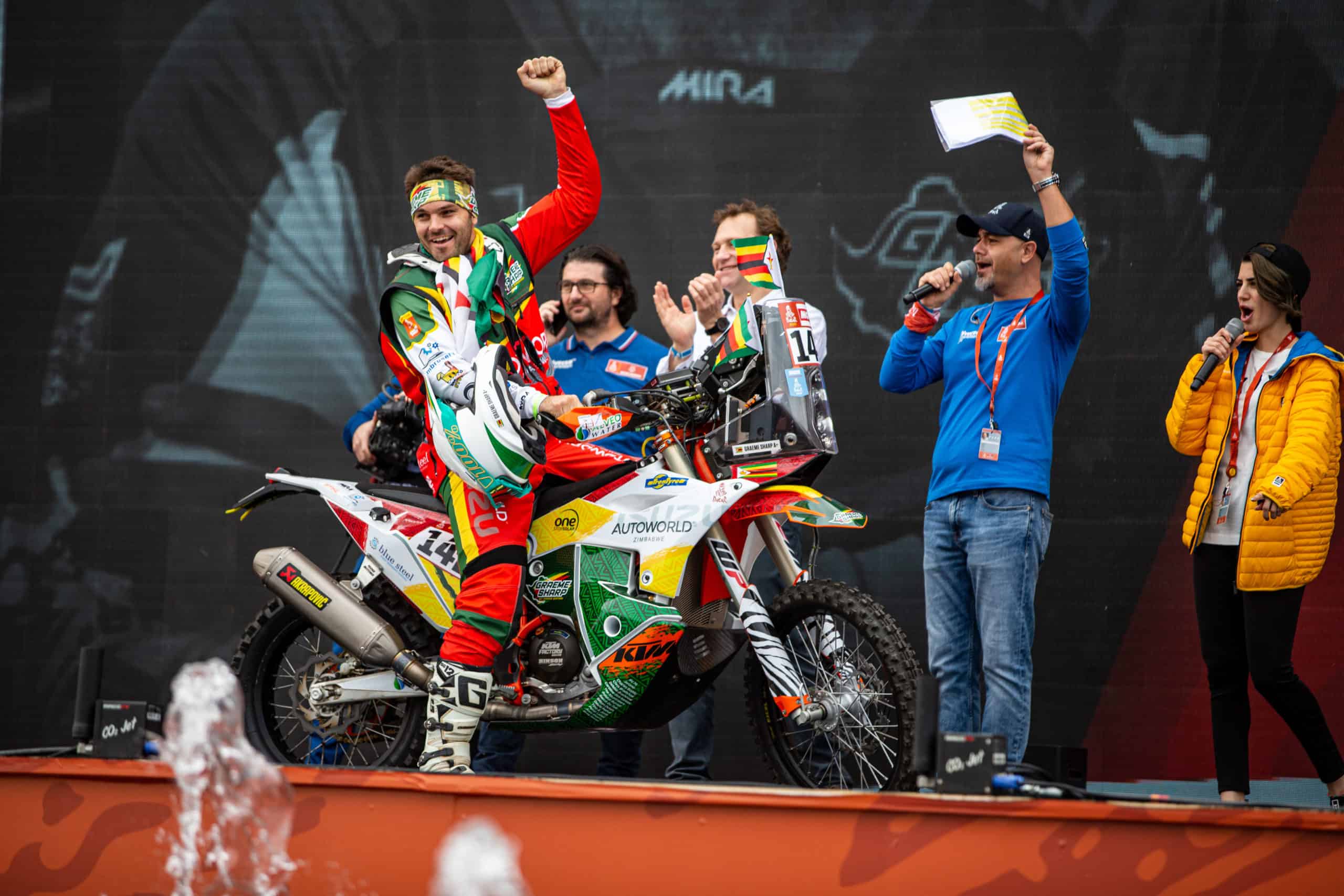 GRAEME SHARP IS THE FIRST ZIMBABWEAN RIDER TO FINISH THE DAKAR RALLY!

Born and raised in the outdoors where exploration, adventure and motorcycles where the order of the day - Graeme spent his childhood on a large cattle ranch in central Zimbabwe near the town of Mvuma.

After moving to Lake Kariba in the north of Zimbabwe, Graeme was introduced to off - road trail and enduro riding where, at 14 years old on a Yamaha WR 400 he began to explore vast swathes of the Zambezi Valley. These regular forays into the wilderness fuelled his love for adventure and ultimately a career in the outdoors.

In 2013 Graeme had the opportunity to travelled to South America and immerse himself in the Dakar Rally - travelling in a converted race truck Graeme followed the race from Lima in Peru south to Argentina. It was here in the buzzing heart of the bivouac that he knew his childhood dream would become a reality.

Since then Graeme has participated in several rally events - in 2017 he completed his first International Rally - the Baja Rally in Mexico, finishing 11th with a penalty-free 1800 Kms.

"I can’t remember when my fascination with and the allure of the Dakar Rally began for me. But it’s been a lifelong goal that’s evolved from what appeared initially to be an impossible dream to a young farm boy in little old Zimbabwe - to an awakening realisation in 2013 in South America that maybe I could do actually do this. In 2017 circumstances aligned with a hard dose of reality - unless I took action this would remain a hollow dream, fast slipping from reach with an entourage of excuses sniggering at me. In 2017 I made up my mind - 2020 would be the year..." 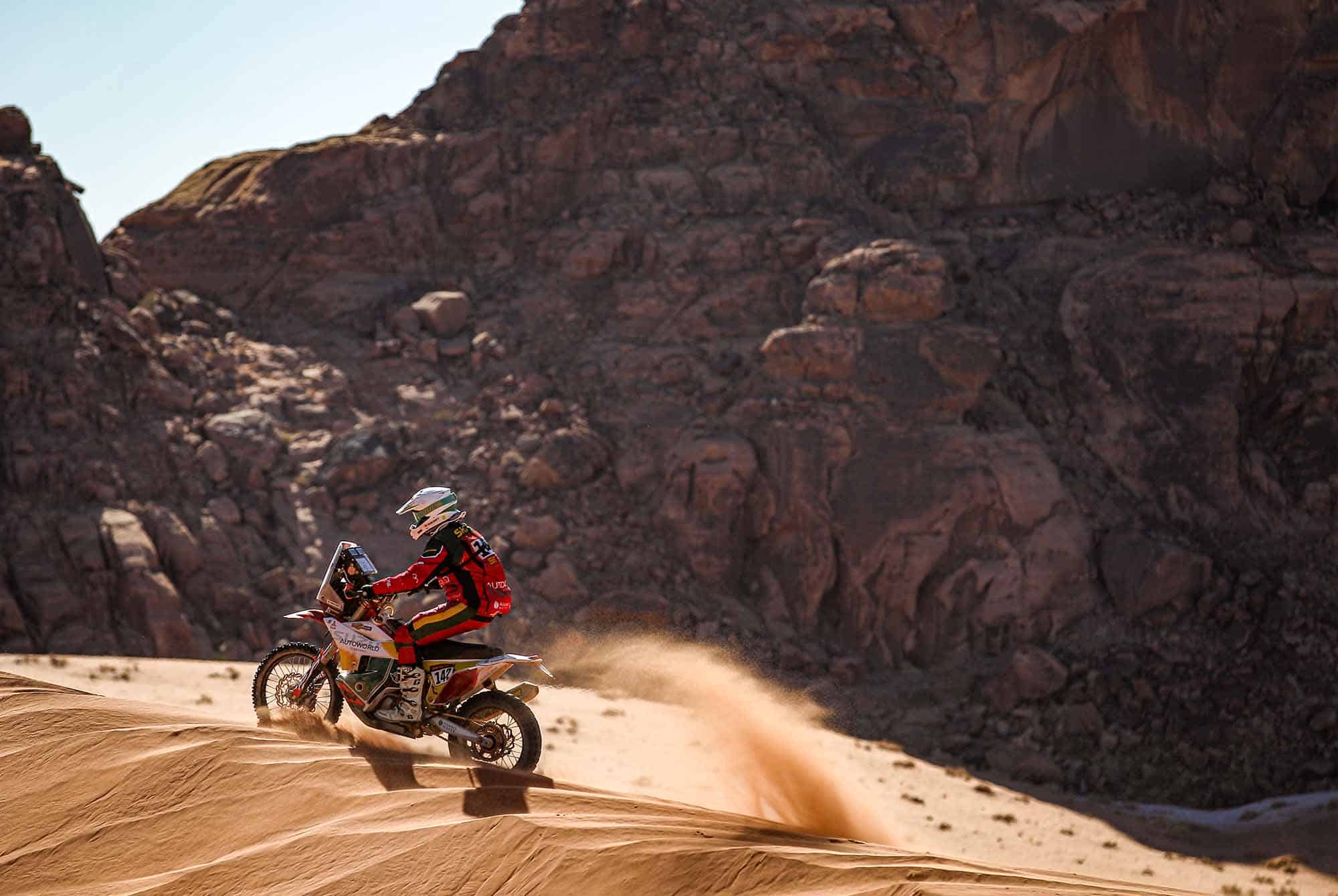 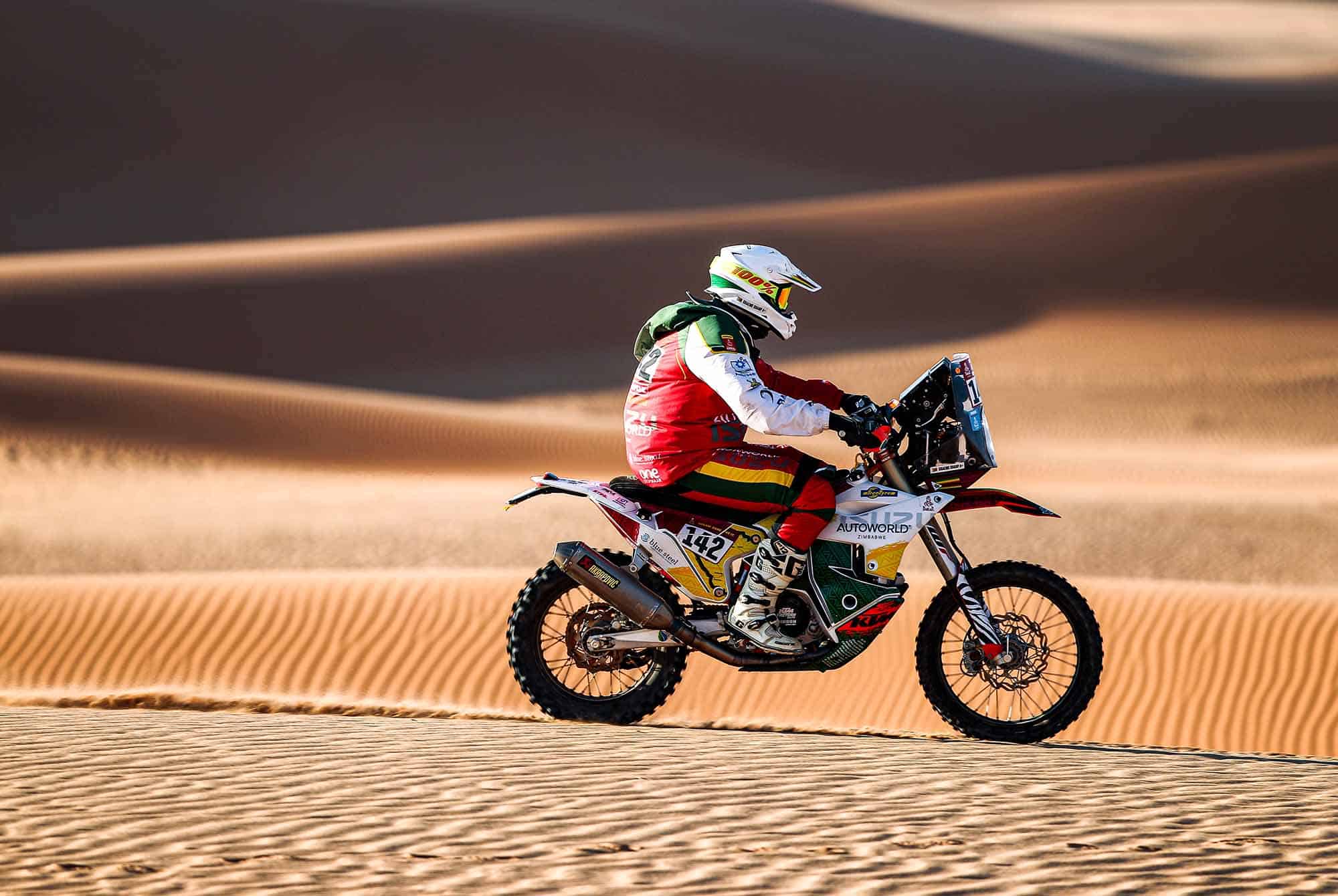 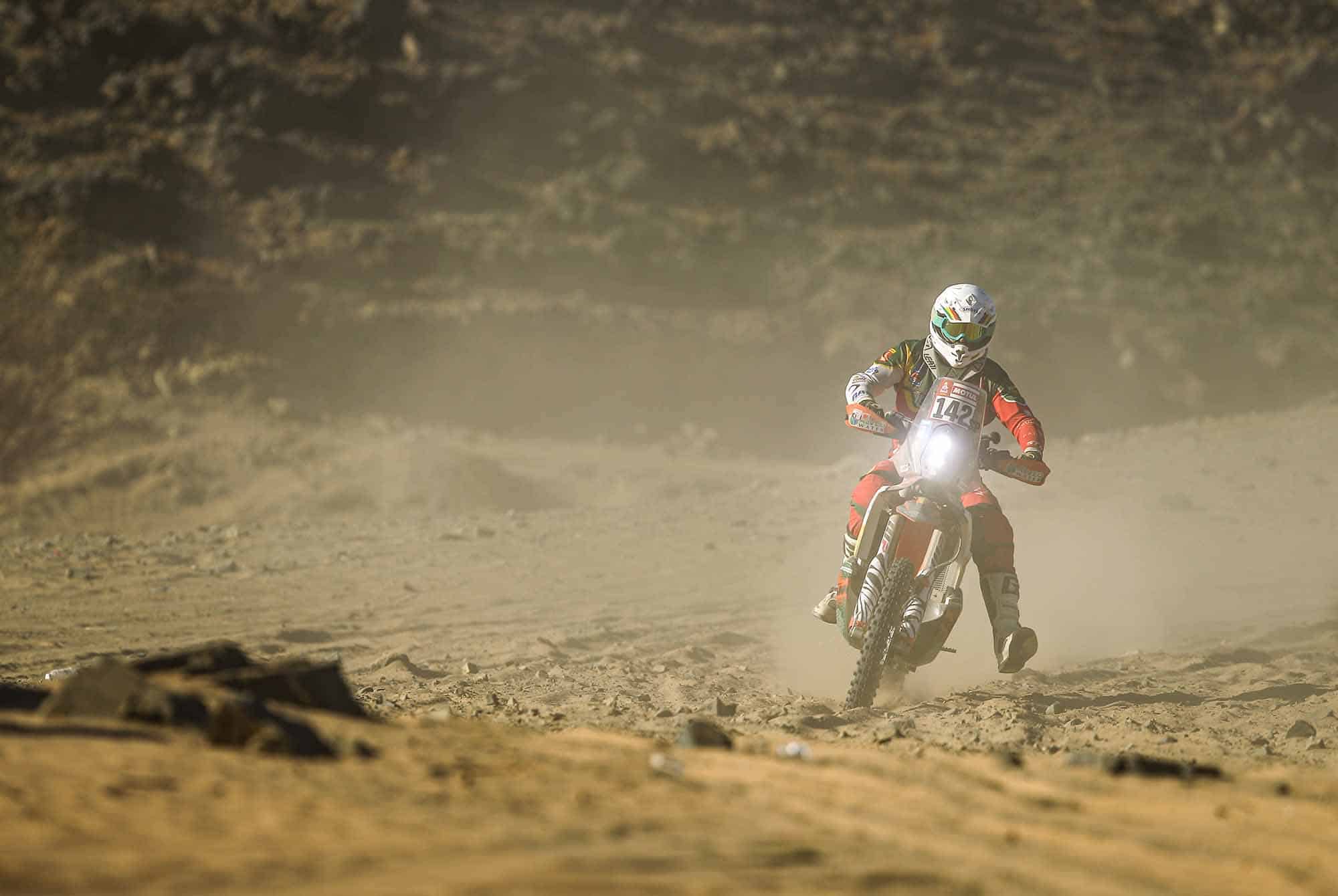 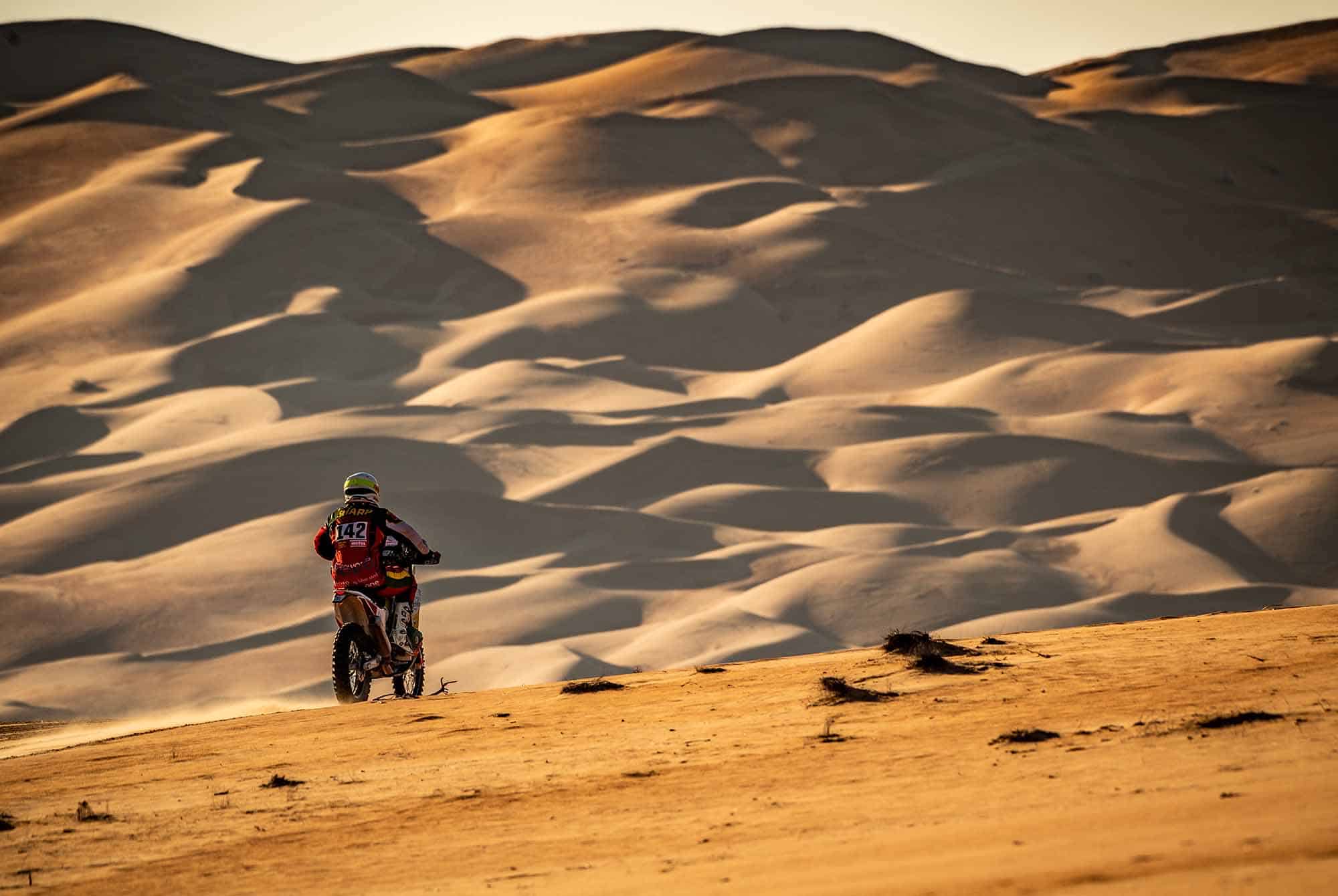